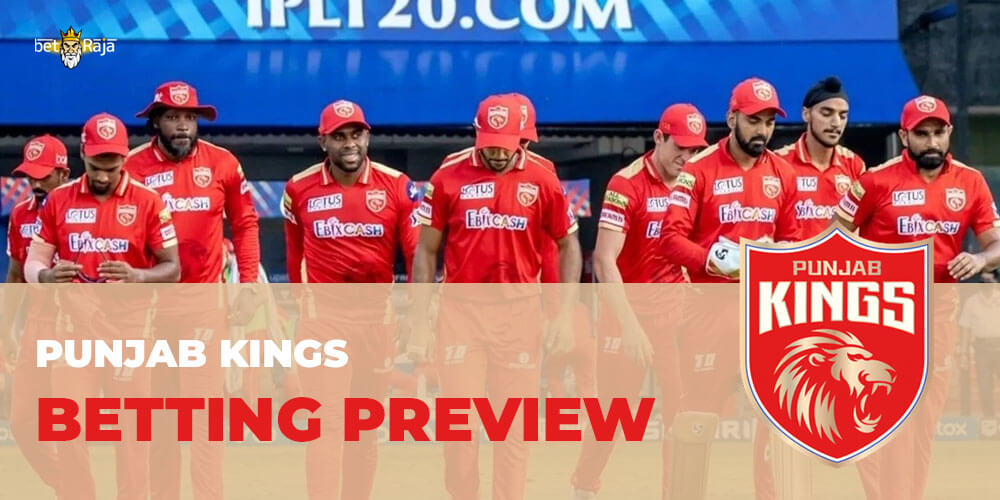 The Punjab Kings have revolutionized their game in the UAE last year. After losing the first match to the Delhi Capitals, they had an outstanding victory over the Royal Challengers Bangalore, and this made all the members of the league pay attention to this team, which was and is headed by KL Rahul. However, what followed that victory was just a terrible game, as they lost five matches in a row, which severely undermined their growth prospects in the tournament.

Yet, the Punjab Kings (PBKS) went on to win five straight wins for a chance to make it to the playoffs, but that didn’t happen as they lost the last two games and were ranked 6th in the leaderboard.

We recommend that you have a closer look at the Punjab Kings this season because they are definitely a strong team. KL Rahul, the Captain of Punjab Kings topped the league charts last season with 670 runs, and together with Mayank Agarwal (424 runs) they were able to do a great job as they completed nearly 1,100 runs together in one season.

One of the biggest challenges that the Captain faces is to turn his personal success into a victory for the entire team. They will have to learn how to handle the ball much better to win the new season. It’s also worth noting that the Punjab Kings 11 squad has contracted new players to help the team win more games.

The new IPL 2021 season will include eight teams that will compete for the title and they all have chances to win. However, the history of the tournament always tells the truth; and it would be foolish to pretend that every team has equally good and balanced lineups. IPL 2021 odds are now available and the market has sorted favorites from outsiders.

The current roster of Punjab Kings players is as follows:

The Punjab Kings allowed foreign players such as Maxwell, Cottrell, and Nisham to leave the team. Krishnappa Gowtham and Karun Nair also left the squad.

The Punjab Kings then contracted Malan for the IPL 2021 season. Having Gail, Rahul, Agarwal, and Malan, we expect that the team will win the season.

Rahul was an outstanding player last season, taking the top positions in the IPL’s run statistics. He did 670 runs with an average of 55.83. He was well supported by Agarwal, who made 424 runs. Nicholas Pooran was also lucky from time to time but lacked consistency.

The Australian trio Richardson, Meredith, and Moises Henriques are expected to have a decisive impact on the team’s success. Richardson played excellently for the Perth Scorchers in the recent Big Bash tournament. Meredith and Henriques are also high-experienced players, and they will be able to show their skills in the upcoming matches.

This may be the start of a new era for the Punjab Kings, but the roster must adapt quickly to achieve great results during the 2021 IPL. 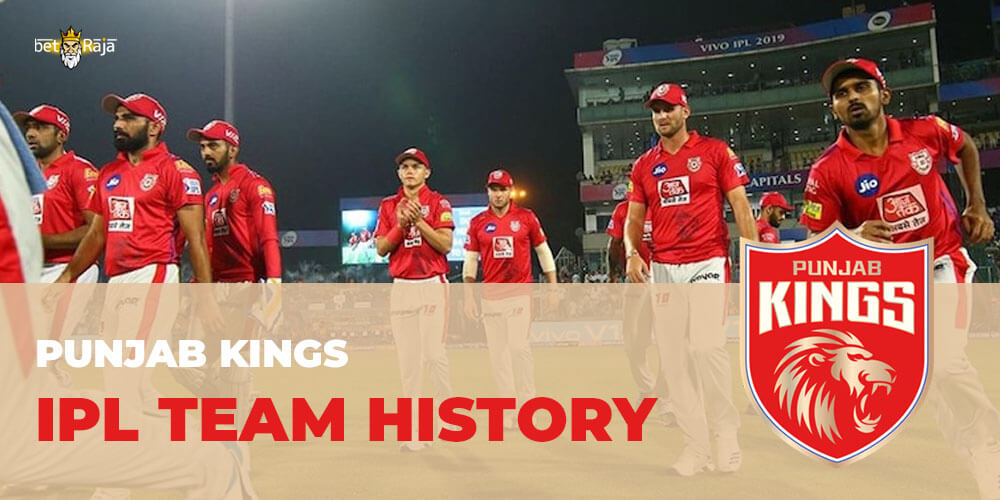 It has been an agonizing 13 years at the IPL for the Punjab Kings. Along with the Delhi Capitals, they turned out to be the least successful team in the tournament. They finished in last positions three times and made only two postseason breaks.

In the first IPL season, they had a great team that put them in second place on the leaderboard. That year, the Kings had Kumar Sangakarra and Mahela Jayawardene from Sri Lanka, Australian player Shaun Marsh, and fast bowler Brett Lee.

They got into the IPL perfectly captained by the great Yuvraj Singh and looked like they were ready to win the tournament. However, that success ended when they played against Chennai Super Kings in the semi-finals.

Five seasons later, they reached the playoffs again. Glenn Maxwell had an outstanding season with 552 points and Sandeep Sharma scoring 18 wickets. They took top positions in the group stage, winning 11 out of 14 matches, and went further than last time, effectively reaching the final.

Unfortunately, they faced Manish Pandey, who made 94 runs on his own. They were strong favorites that season but they never won. Since then, the team has been plagued by setbacks, but the Punjab Kings owner and fans hope that Rahul with his new roster will be able to change it all in the new season.

You can place bets on different IPL 2021 matches and teams. Online cricket betting is accepted by all popular bookmakers available in India. It is very easy to place a bet on Punjab Kings:

Use the welcome bonus to boost your balance right away.

Select the deposit option and replenish your account in Indian Rupees. You can use any convenient payment method for this.

Explore all the cricket and IPL betting options and place your first bet! 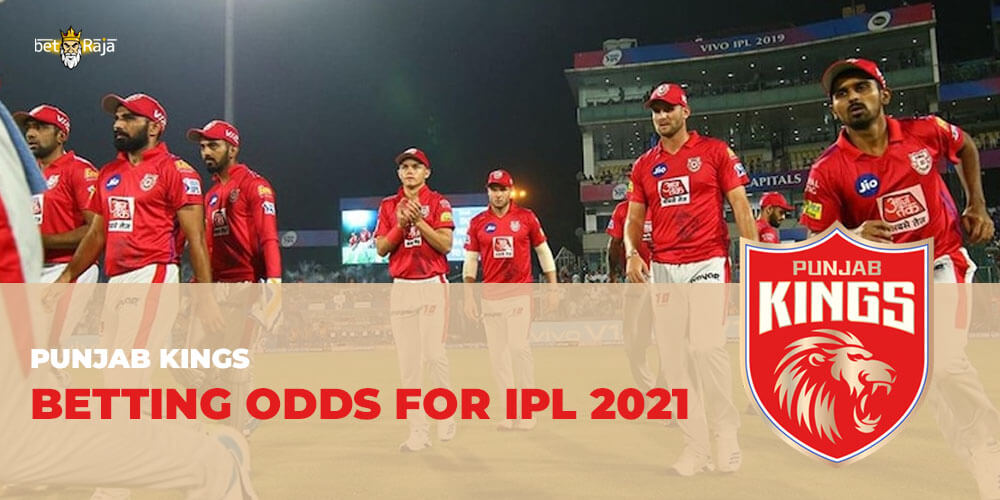 We can tell for sure that the Punjab Kings team has got a lot of strong players. KL Rahul, Chris Gayle, and Mayank Agarwal could pose a threat to rival teams. If they make a mistake and show bad results, the team has Nicholas Pooran, who is waiting for his best time.

One of Punjab’s biggest weaknesses is inconsistency, especially with the ball. If Mohammed Shami makes frequent mistakes, the team will show a bad result again. All players have made more than 8.50 runs in the last season, which is an unpleasant performance.

On the other hand, cricket bowling continues to be the weak point of the Punjab Kings, despite the fact that they contract high-cost players. The lack of a quality international spin bowler can be the biggest challenge for young spinners Ravi Bishnoi and Murugan Ashvin. 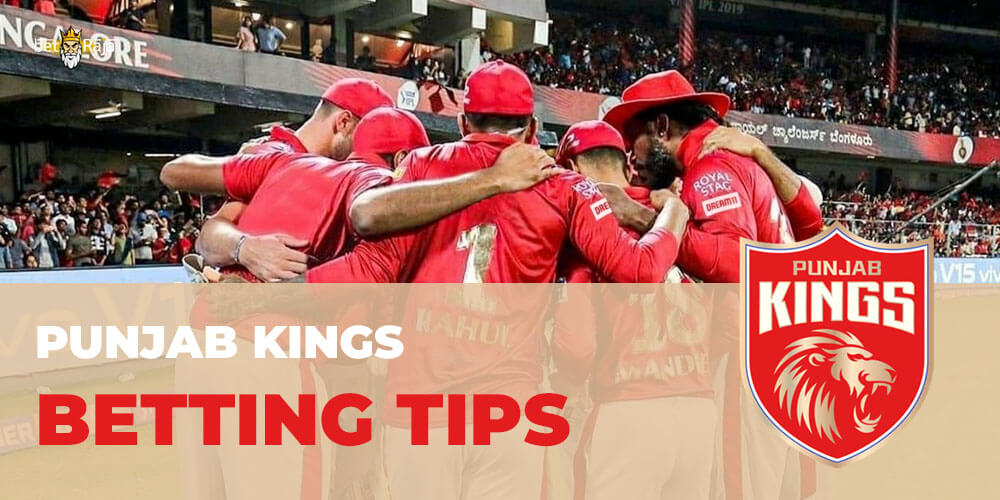 Because of their poor performance in the past year, the odds on the Punjab Kings are not very likely to win the 2021 IPL. Although, this does not mean that they are not worthy of betting money on them. If you bet on the Kings, keep in mind that they have a great new roster.

The presence of great batsmen such as Chris Gayle and Nicholas Pooran, who are in great shape right now, is a good sign and the two foreign players would do well to improve their results from last year. Englishman David Malan is a long-expected player in the squad who can provide great support.

Indian fast bowler Mohammed Shami will be looking to prove his skill on the pitch following an injury during a test game last year. To support Shami with the ball, Punjab contracted Australian fast bowlers Jay Richardson and Riley Meredith at the 2021 auction.

Be sure to keep an eye out for up-and-coming young bowlers like Arshdeep Singh, Ravi Bishnoy, and Murugan Ashwin.Advice: Captain KL Rahul is number one in the odds table at 1.45, and this is not surprising. KL Rahul won the orange cap last season even though the Kings XI Punjab, now they are called Punjab Kings, didn’t even make it to the playoffs. There is one more contributor that caught our attention: David Malan. Ranked #1 T20 batsman David Malan signed a contract with the Punjab Kings in an IPL auction. 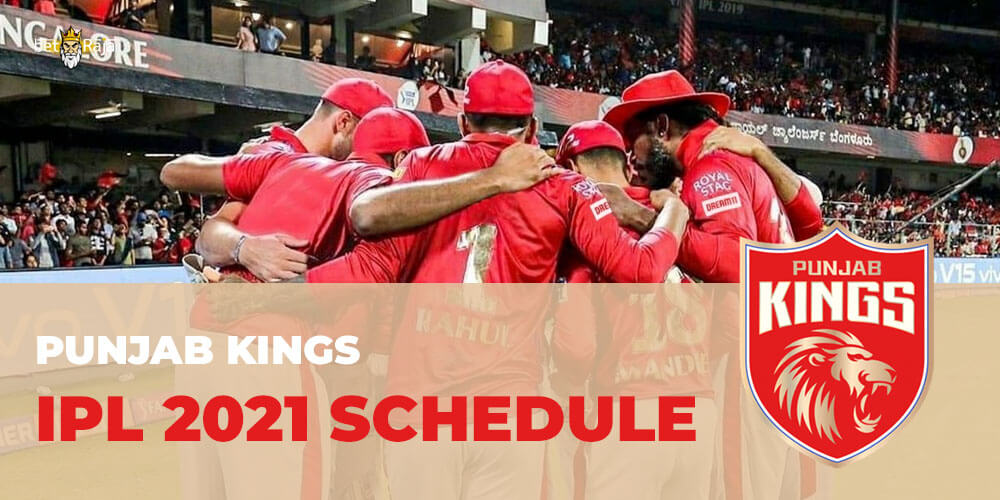 The Kings will play their first three games at Wankhede Stadium in Mumbai before heading south to MA Chidambaram Stadium in Chennai for their next two matches.

They will then play four matches at Narendra Modi Stadium in Ahmedabad and finish their last five league matches at M. Chinnaswamy Stadium in Bangalore.

Team Punjab Kings hold great promise during the 2021 IPL, even considering the fact that they have never taken first place in this tournament. The coach and the whole team have learned certain lessons from their experience of playing these matches in the past years, so they will change the tactics and strategy of their gameplay. It is also worth mentioning that the squad has been improved and supplemented with fresh pro players to improve the Punjab Kings performance this season.