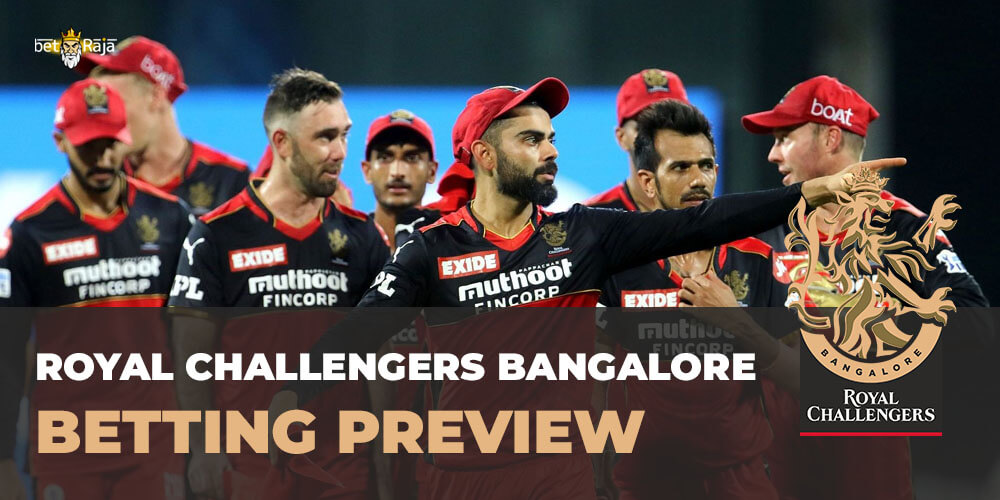 Team Royal Challengers Bangalore have failed to win any IPL titles. In the IPL 2021 betting market, they are one of three teams that have failed to succeed together with the Delhi Capitals and Punjab Kings.

RCB has finished runner-up position three times, most recently losing in the 2016 final against SunRisers Hyderabad. Since then, the team hasn’t fared better, although they ended a three-year stagnation by making the playoffs during the IPL 2020 season. The SunRisers beat them in an Eliminator match. Although, the fact that they were ranked fourth was a noticeable improvement over previous years.

As a result, RCB receives an IPL odds of 6.50 that they will win the competition for the first time. Despite their failed title contention, the presence of Virat Kohli in their team, who is arguably the best batsman in the world, probably lives up to the bookmakers’ predictions that make RCB one of the top contenders for the title this year.

They adjusted their team somehow in the offseason, allowing Aaron Finch, Moeen Ali, Chris Morris, Dale Stein, and Umesh Yadav to leave. Glenn Maxwell, Dan Christian, and Kyle Jameson were the main players that were added to the main roster. RCB has talented players, but the question is how well they will perform on the pitch.Adding Devdutt Padikkal is one of the most intriguing factors that could affect the success of the Royal Challengers Bangalore at the IPL 2021. This young guy topped the RCB rankings last season by winning the Emerging Player of the Year award. 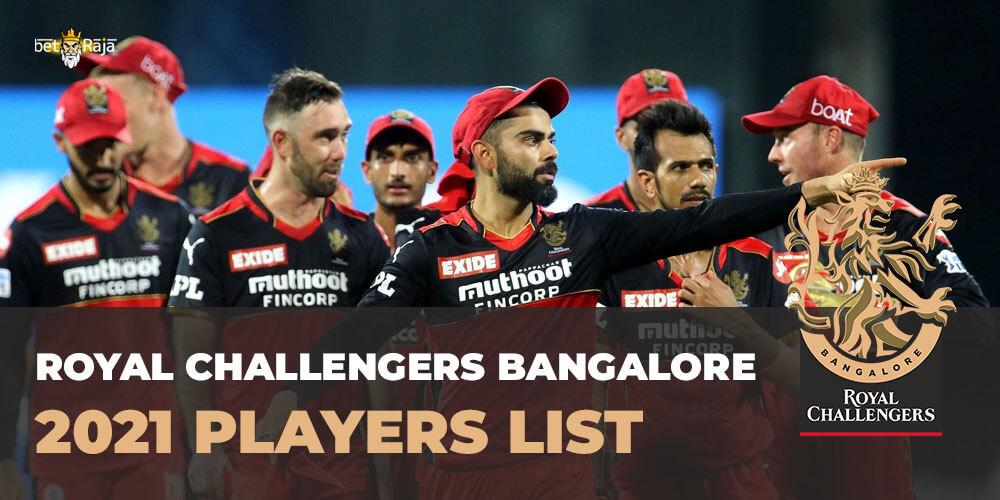 The official roster of the Royal Challengers Bangalore for IPL 2021 is as follows:

Virat Kohli, the Captain of Royal Challengers Bangalore is the brightest figure of the team. Kohli and AB de Villiers are actually two of the best batsmen at the IPL 2021.

The team’s hopes will rest on the strength of their talented duo, as their team’s balance is not the best compared to their opponents. Padikkal’s talent can also be the key to their success.

Padikkal got into the TOP of the Royal Challengers Bangalore statistics for reaching 473 runs during the 2020 IPL. He is expected to improve this result during the 2021 IPL and become a first-class rookie for RCB in the long term.

RCB allowed Stein to leave the team after playing just one season. Richardson is not participating in the IPL 2020. However, they joined their ranks with the signing of Maxwell at the IPL 2021 auction and Jameson, who has experience playing in New Zealand in all formats internationally.

Maxwell had a rough time at the end of the IPL after being released by the Punjab Kings. The Australian player is quite agile and can dominate both the bats and the ball at his best. Jameson has a strong pace that plagues other batsmen.

Yuzvendra Chahal is a top-level player who excelled in the 2020 IPL season, but the support from his team will be a decisive factor. Washington Sundar is a very nimble player and needs to be consistent in his results while still developing his skills. Adam Zampa will be under pressure after playing just three games last season. The Australian has talent but hasn’t shown himself as a member of RCB lately.

Mohammad Siraj and Navdeep Saini are confident bowlers who know how to take wickets and avoid jogging. 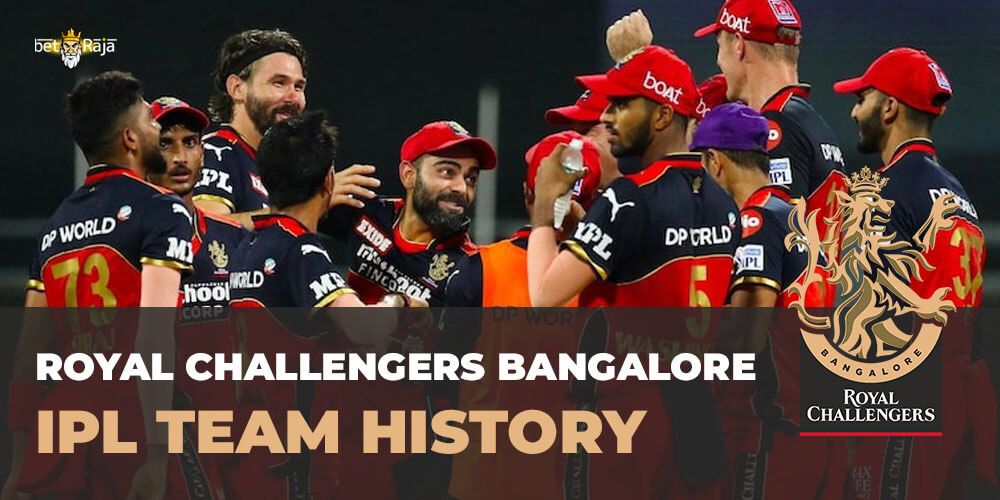 The Royal Challengers Bangalore had one of the strongest line-ups of players in IPL history, but they could never stop being a weak team. This time they also have the opportunity to win the title. They came close to winning the title three times as they finished second in 2009, 2011, and 2016. Kohli showed his best in 2016, making a record of 973 runs, but the team failed to win their first title.

The Royal Challengers Bangalore were one of the first teams to play in the first IPL season in 2008. This first season was played by Virat Kohli. He joined the team after his excellent performance at the U-19 World Cup and has been a major figure in the team throughout its existence since then. This first lineup also included Rahul Dravid as a featured player and Anil Kumble and Zahir Khan as famous cricket stars. Meanwhile, among the foreign players were Mark Boucher, Cameron White, and South African all-rounder Jacques Callis.

The era of Gayle-Kohli de Villiers

Despite the famous players in the team, they could not consolidate their results, and they finished 7th in the 2008 group stage. The poor performance led to criticism of the top players by the team owner, as well as the firing of CEO Charu Sharma in the middle of the tournament. In 2009, they made some changes and added Kevin Petersen, Robin Uthappa, and Manish Pandey to the lineup. This gave the team new energy as they reached the title shot that same year. Unfortunately, they lost the final match 137/9 in six rounds.

Bangalore kept its shape the following year, but they still took only 3rd place.

The Gayle-Kohli de Villiers era began in 2011 when Bangalore contracted players from India and Africa. Gayle scored 608 points in 12 games, earning the MVP award. Royal Challengers Bangalore reached the final for the second time but lost to Chennai Super Kings in the match with a score of 58 runs.

The Royal Challengers Bangalore team has consistently become favorites in many games, but since 2012 there has been a slight decline. Gayle’s success continued, winning the Purple Cap for the second year in a row, with 733 runs in 15 matches, but Bangalore finished fifth in the IPL. There was no progress in the next two years, and in 2015 the team was able to reach the playoffs after four years.

In 2016, Kohli was in great shape and it felt like Bangalore’s long stagnation was over. Kohli has scored a lot, winning the Orange Cap with an incredible 973 runs in the tournament. Bangalore reached the final against Sunrisers Hyderabad. The Royal Challengers Bangalore again fell short and they lost again at the end of the season.

However, the following year, Bangalore bottomed out, finishing eighth in points. They improved slightly, ranked 6th in 2018, but dropped to 8th place again the following year. They finished fourth last season and lost to SRH in their first knockout match played. Will the team recover itself after making important changes to the Royal Challengers Bangalore squad? We’ll find out soon.

IPL betting is very popular not only among cricket fans in India but all over the world. Most of the best players in the world are gathered in this tournament. It is very easy to bet on Royal Challengers Bangalore and other IPL teams. Here’s what you need to do:

First, select a bookmaker from the list of the most popular bookmakers in India and register a new account if you are not yet.

Select the deposit option and top up your account in Indian Rupees. You can also get a welcome bonus on your first deposit!

Explore the odds on different teams and the outcomes of the IPL matches, and place your first bet!

If you prefer to play from a mobile device, you can download the bookmaker’s application to your iOS or Android smartphone, through which you can further place bets anytime and anywhere! 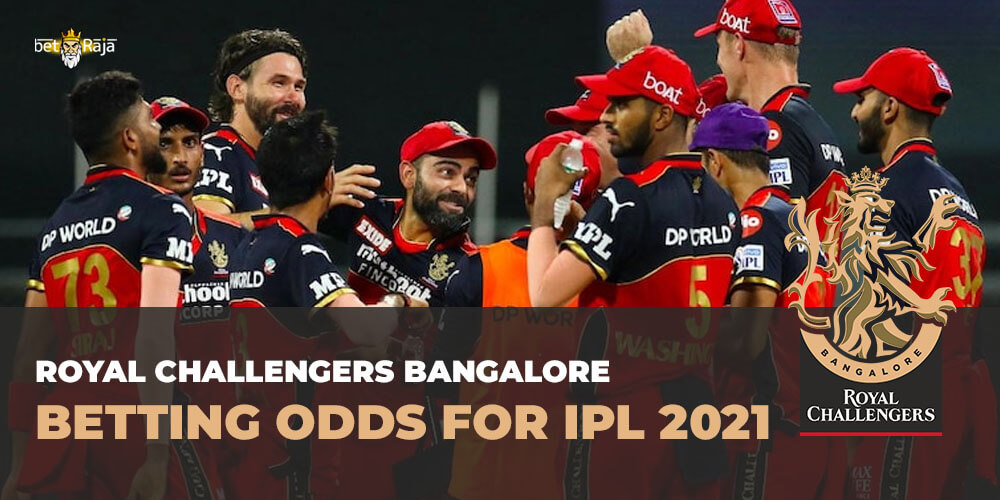 Bangalore’s greatest strong point has always been the roster of the top players. Here you will see three real revolutionaries as Kohli, de Villiers, and Maxwell, who have a lot of experience and excellent playing skills.

The weak point of the team is bowling. Siraj and Saini are good among Indian players, but they might not be enough? Likewise, the only real high-profile foreign fast bowler they have ahead of this season is Kane Richardson, and he may not even play this season.

The 6.50 Royal Challengers Bangalore odds suggest they are up to the challenge for their first title. 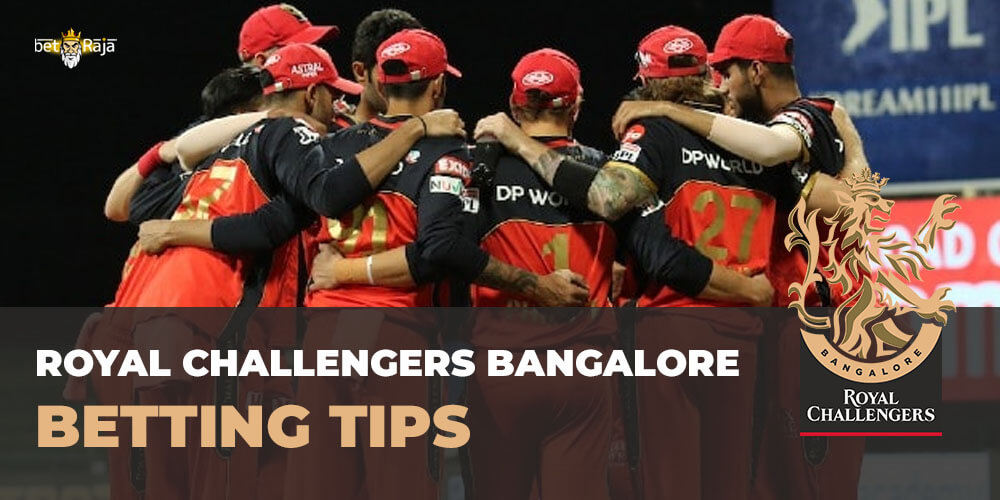 The prime players to consider are AB de Villiers and Virat Kohli, who have been playing professionally for many years. Their partnerships over the years have been incredibly rewarding and they love to play together.

They are also surprisingly consistent, which is why bettors often bet that one of them will be the best batsman in the next match. This way you can place bets on both players before each match and it is very likely that you will win. But the odds of both of them are generally pretty low as they are always the favorites. Therefore, you should not expect a high profit.

Perhaps the best advice for betting on RCB is to pay attention to Chahal. He is the best bowler on his team, so he wins the title of best bowler in the betting market with amazing regularity. 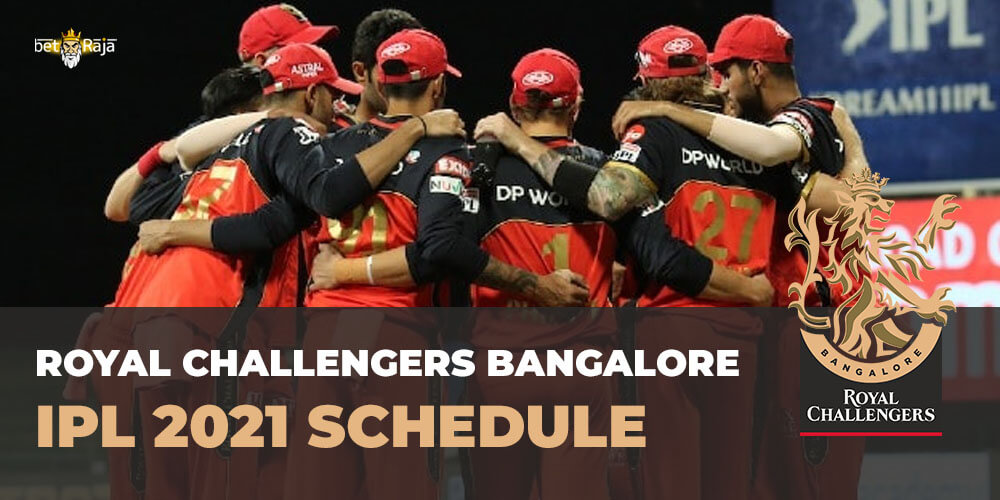 The Royal Challengers Bangalore match-list for IPL 2021 is as follows:

Of course, this team has never become a champion in the entire history of the tournament, but this can only mean that these talented players have even more incentives to show the best result this year. This team is really worth taking a closer look at because of their powerful roster. You can bet on one of the Royal Challengers Bangalore matches or on the final outcome of the IPL 2021 tournament.