Royal Panda has been around for almost a decade and is a well-known sports betting site and online casino. The company holds licenses with Malta Gaming Authority (MGA/CRP/237/2013) and the United Kingdom Gambling Commission. Royal Panda accepts Indian Rupees and lots of different payment methods. The unique design makes betting really straightforward and Indian customers will be pleased with the sports and odds on offer here. 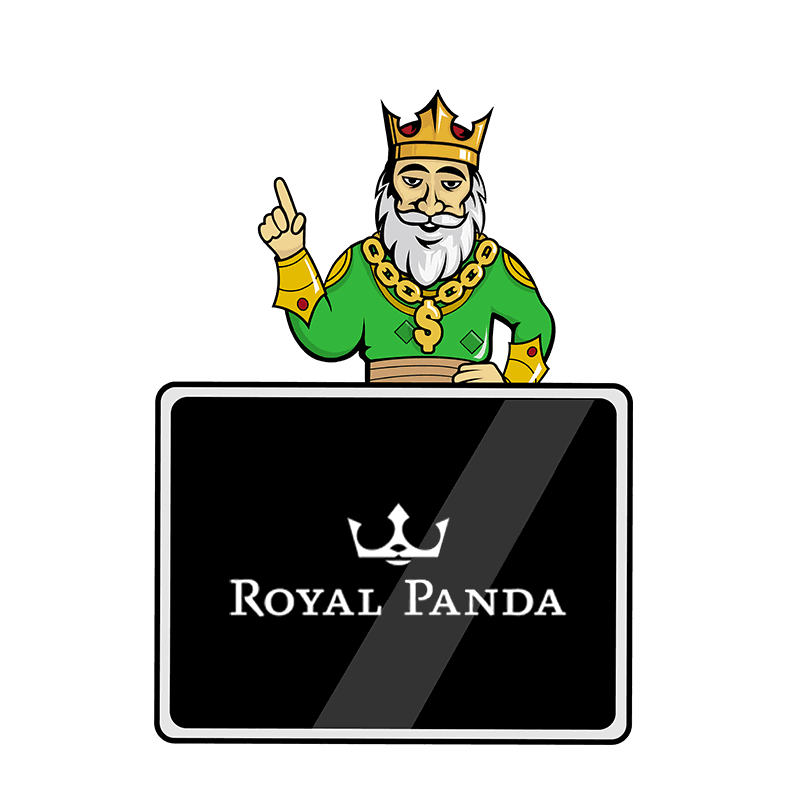 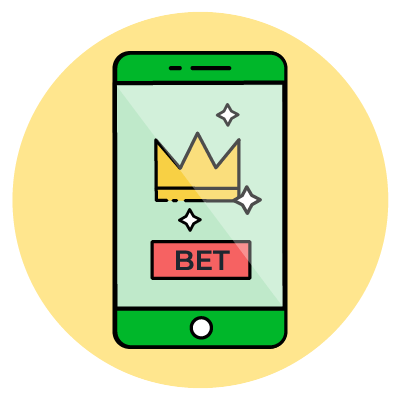 In this review, we are going to take you through everything you need to know about Royal Panda — from how to withdraw and deposit money to every opportunity and bonus that you can get while using Royal Panda.

Is it legal to use Royal Panda in India?

Yes, it is entirely legal to use.

Due to legislation in India, any foreign casino must have INR as one of its currencies. Royal Panda casino lets its users deposit and withdraw rupees, which makes it perfectly legal for users.

Casino games and online gambling can be very addictive. Royal Panda recognizes that and stands for principles of responsible gambling.
If a user feels like his or her gaming behavior becomes harmful to finances or mental health, a good idea is to visit the ‘Responsible gaming’ section on Royal Panda’s site. and learn to set different limits on the account. Also, users can ask to pause their accounts and receive help to make their gaming experience healthier and safer. 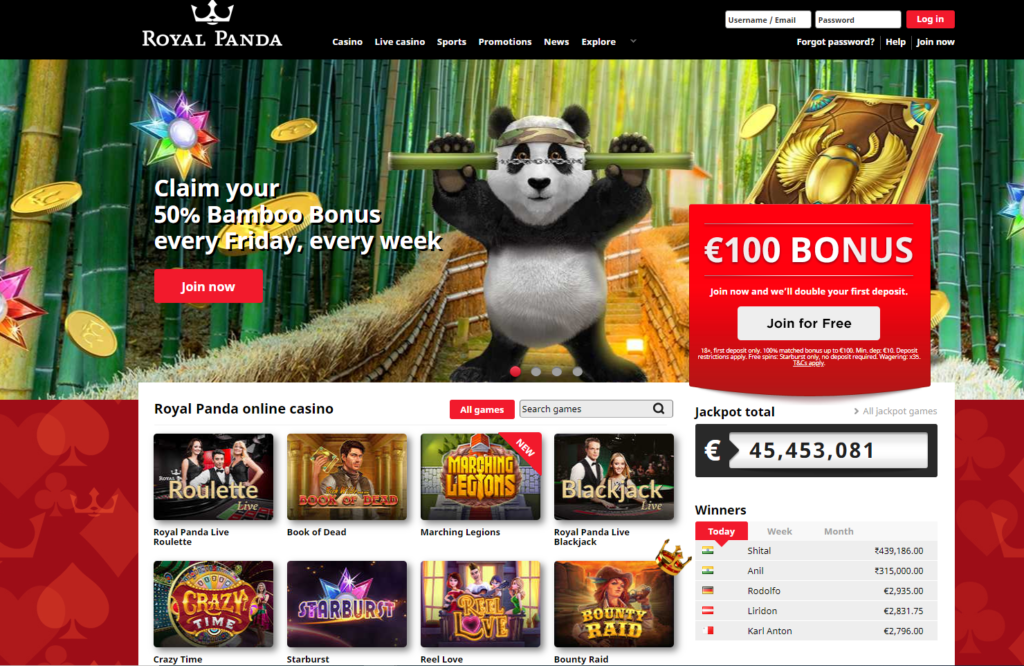 Royal Panda Casino is a trustworthy and well-designed online casino for any online gambling enthusiast.

There are multiple competent game providers that collaborate with Royal Panda, such as:

Royal Panda’s new users are welcomed by a generous bonus to their deposits. For your 3 initial deposits, you get such effects:

There are some rules to getting this welcome bonus, which are:

If you don’t want to visit an actual casino, you are likely to enjoy the captivating gaming experience of Royal Panda’s live casino. You can virtually sit at a lot of tables, including table games like baccarat, blackjack, roulette, poker, sic bo, Dream Catcher, Monopoly Live. As long as you check the minimum and maximum deposit requirements, you can enjoy every feature of a live casino, like placing bets and interacting with a real dealer.

Everything is streamed in full HD from many angles, so be sure to check it out once in a while! 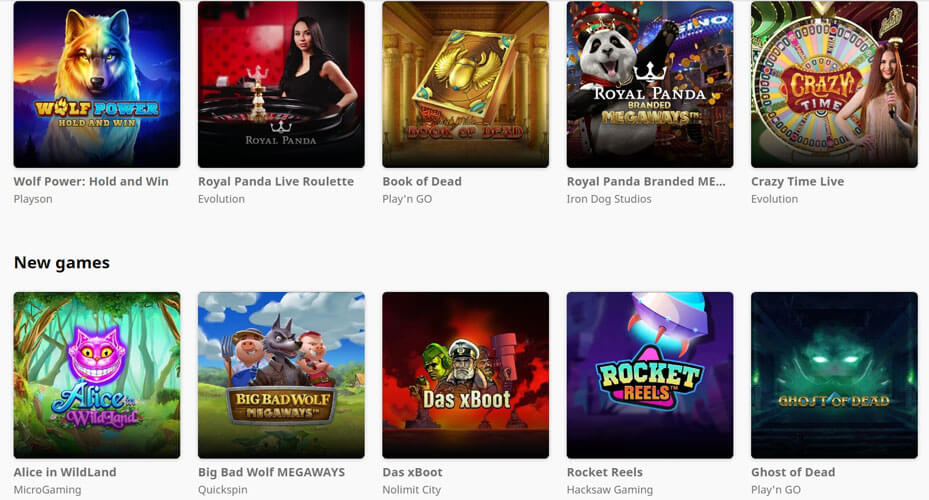 Royal Panda India has awesome options for online gambling with a great number of slot games. The bookmaker offers around 140 classic slot games and more than 1 300 video slots. Royal Panda’s video slots are quite profitable for users, as the Return to Player Percentage* for them ranges from 95.25 percent to 98.60 percent.

* Return to Player Percentage, or RTP, shows the percentage of your wages that a game will return to you in the long run. Basically, you have a bigger chance to win with a higher RTP, which is why a game with an RTP of more than 94 percent can give you a high payout and a good chance to win.

Fans of slot machines will surely recognize these classics:

Also, there are 13 jackpot games — in those the total prize increases with every bet, sometimes reaching multi-million dollar marks. Among such games are Divine Fortune, Tunzamunni, Major Millions, Treasure Nile, Cosmic Fortune, and many others.
And if that is not enough, Royal Panda’s slot games don’t even ask you to use your money if you want to play. Just enter any game without logging in to check it for yourself, and come back with your money only to those that you liked. 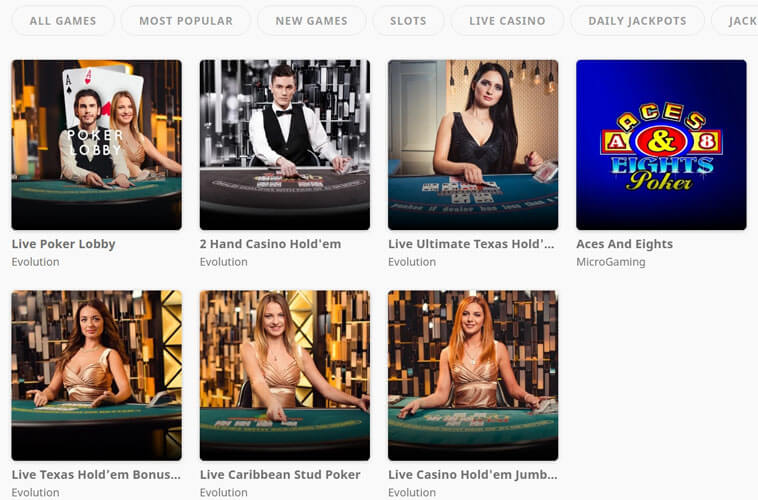 Among a variety of table games, there are many video poker options you can access at Royal Panda. You can check all of them out in a special more for practice, so you don’t have to make a deposit to learn the basics. After that, feel free to switch to real money mode and fully enjoy the table games with Return to Player Percentage ranging from almost 98 percent to about 99.5 percent. Just don’t forget to check the minimum deposit required for each game.

There are many payment methods you can use to deposit money to the Royal Panda casino. You may choose the most common deposit methods like Visa, Mastercard, Neteller, Skrill, as well as some less known ones. It’s worth knowing that all of these methods support Indian rupees. Let’s take a closer look:

Like with most other online casinos, there are fewer options to withdraw compared to when you want to make a deposit. You can use Skrill/Neteller if you need an instant transaction, or use Visa, Mastercard, Maestro, and Visa debit — the processing time for these systems can even get to five days, as with any bank transfer.

Loyal Panda is an opportunity for every user to receive an additional casino bonus from time to time. Simply spend time playing casino games with real money to earn Loyal Panda points. This virtual currency can later be used to buy various gifts from the Loyal Panda Shop. This is a spectacular Royal Panda’s decision to reward their customers for showing support and sticking with Royal Panda online casino. 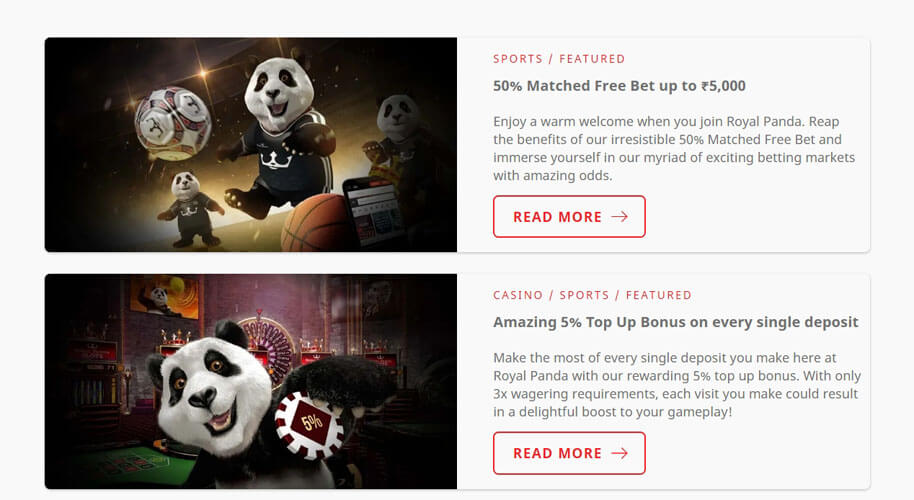 One bonus that you can serve you greatly is a free bet offered by Royal Panda casino. A free bet gives you an option to place a bet without using any of your personal money — if you lose, nothing happens to your balance, and if you win, you take all the winnings.

To get this casino bonus, just place a bet in the sports betting section on an event with odds of 2.0 or higher. After doing this, you will receive a free bet of 20 US dollars that you can use on Royal Panda in the future.

Some points about this option that you should pay attention to:

If you want to make your Royal Panda sports betting and online casino experience even more convenient than before, you should definitely consider the Royal Panda mobile options. Let’s see what Royal Panda offers for different systems:

Mobile casino on iOS is available with a phone application and a browser version. There are 2 ways to find the Royal Panda app:

Android, Windows, and others

You will not find individual apps for the rest of the systems, but Royal Panda mobile online casino is adapted to be used on any modern device. The supported manufacturers of tablets and phones are:

Using the site also means that downloading anything is not necessary, you don’t have to update the Royal Panda app and you don’t need to think about free space on your phone if you want to access the mobile version. Royal Panda’s site is also very clear and easy to navigate, so it will not be difficult to switch from the desktop version of the casino Royal Panda.
The only downside of using the mobile casino is that not every game can be played on your phone. This is because not all the game providers have already made it possible to play them on Royal Panda mobile. 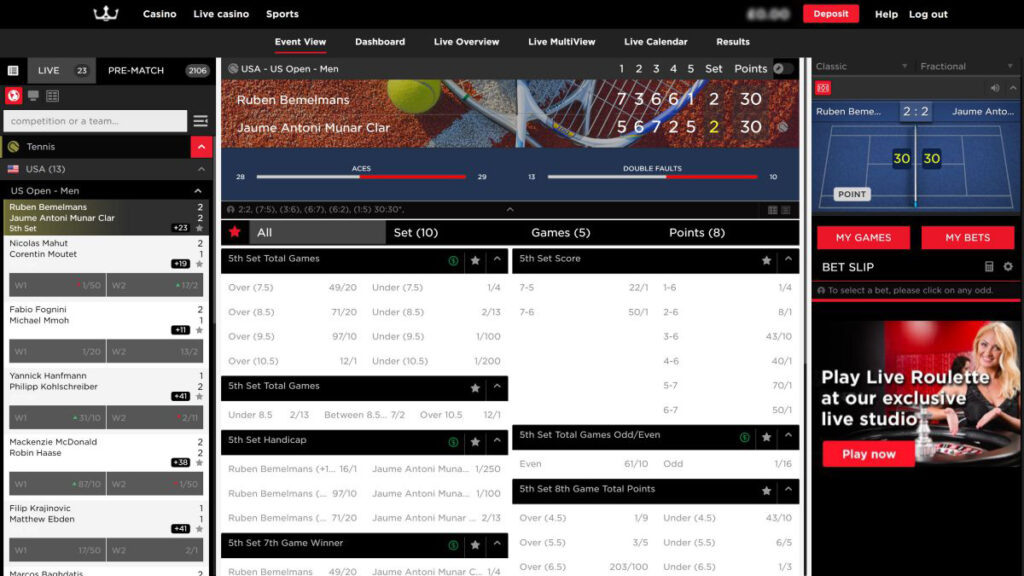 You can also win money with Panda Royal by using their sports betting section. India Royal Panda presents a lot of opportunities to enjoy betting in Indian rupees. On top of that, online casino and sports betting are part of the same system, so you can use the money you made from betting on sports to play casino games, and the other way around, too.

To properly review Royal Panda in this aspect, we included all the sports you can access in this online casino.

Here is what you can place a bet on: 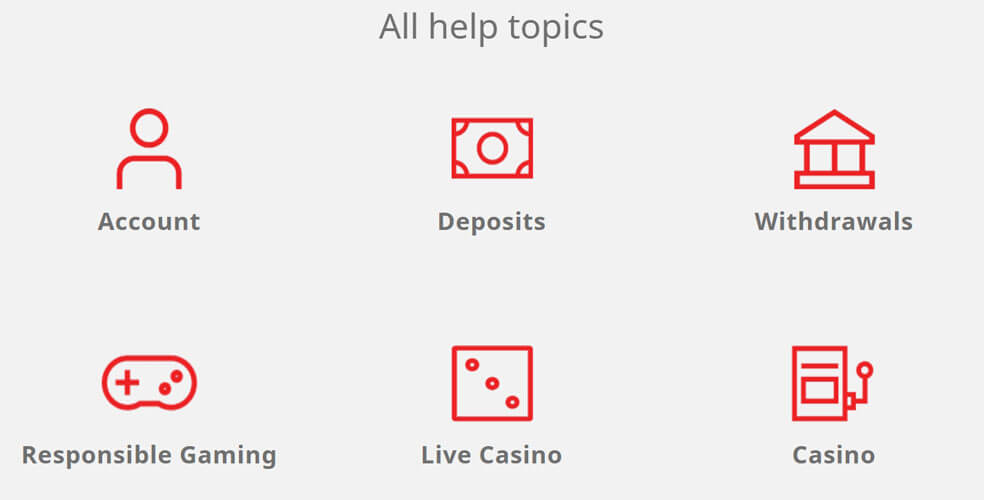 Royal Panda provides excellent customer support through Royal Panda’s Help Centre (where you can find answers to a lot of popular questions) as well as its Customer Service, which is offered in many languages, including English.

If you experience any issues, you can contact Customer Service via:

Because Royal Panda is based in Malta, we don’t recommend Royal Panda India users to phone customer support themselves — they will be glad to save you some money by calling you at your request.

Royal Panda covers the major cricket tournaments, including the Indian Premier League, the Caribbean Premier League, the Vitality Blast, and others. I was happy to find out that they cover women’s tournaments. Another positive side of the sportsbook is that it holds licenses from the Malta Gaming Authority and the United Kingdom Gambling Commission. These licenses are a testament to their authenticity. Royal Panda also has an option for a time-out. The major downside is that the bookmaker does not accept Neteller, Skrill, and PaySafeCard. Other than that, I highly recommend Royal Panda for its reliability.